Framers started off business in Upper Ryde High street , in the premises that was formally Waynes Father’s antique shop and spent many successful years trading there before moving to Union street in 2011. An upbringing in the antiques trade inspired Wayne to develop a business that had similar interests to his father, starting with antique maps and prints, the majority of which were isle of wight based, as well as modern paintings and prints. Picture framing became a natural partner to the business and over the years has become the main core of trade.

In 2015, their daughter Sophie joined the business, running it with Caroline. Wayne having Handed his skill and profession over to Sophie, has taken a less visible role, although still keeping in a helping hand in their other workshop, whilst continuing with his 26 year career in the fire service.

So Framers is still a very much run family business offering  a full bespoke picture framing service, alongside selling a large range of island based art, including modern and vintage photography, original paintings, vintage maps and charts, antique engravings and locally produced giftware. 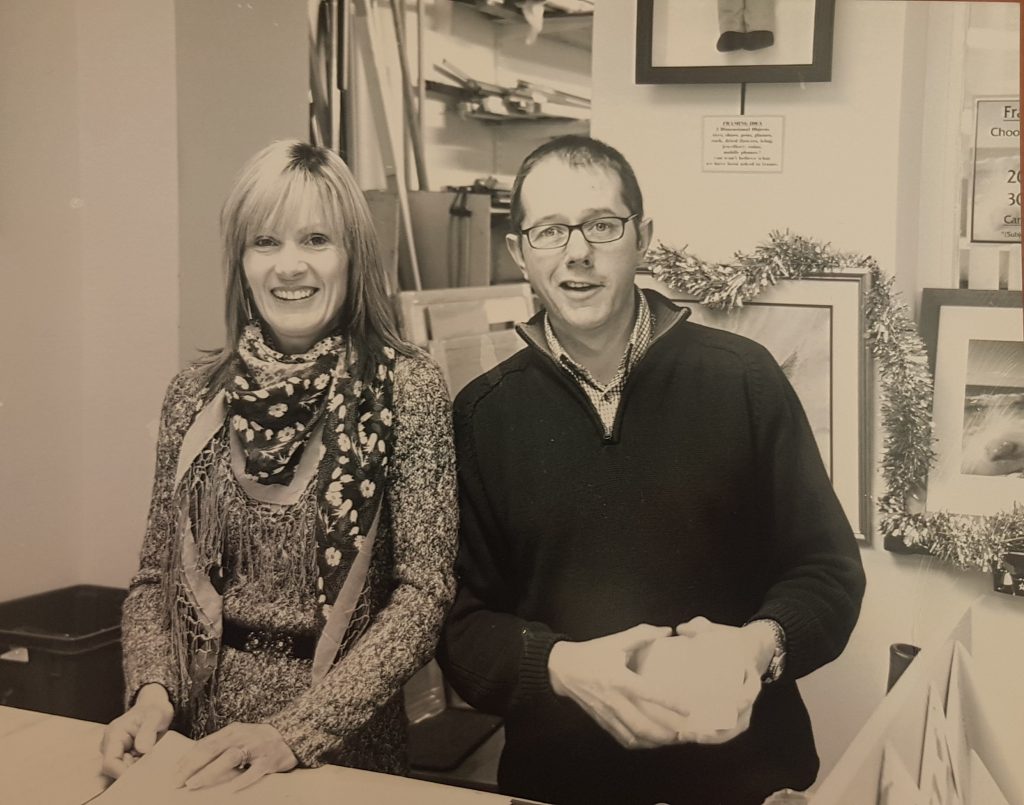